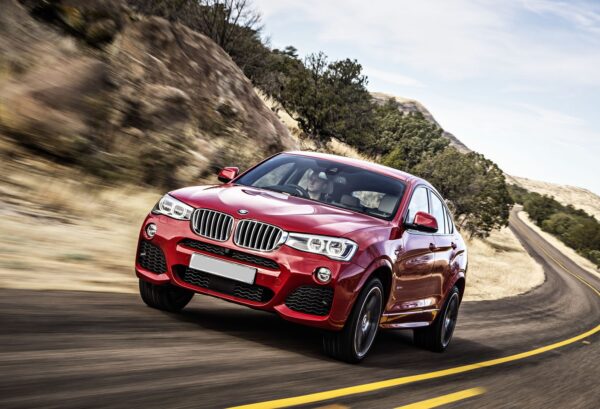 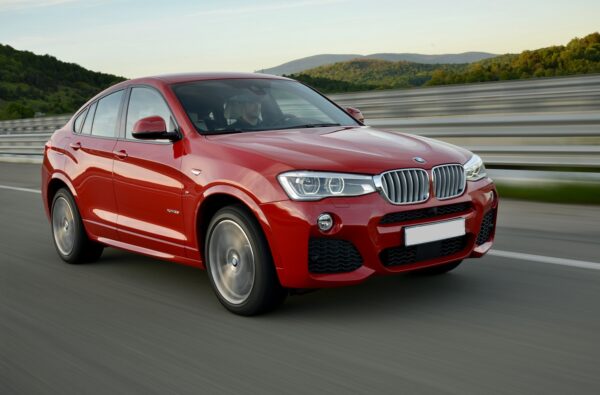 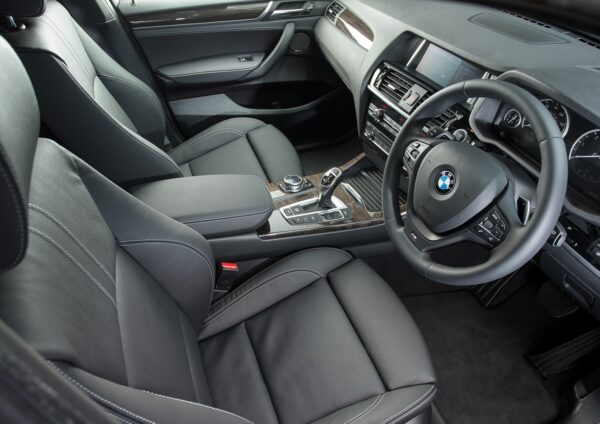 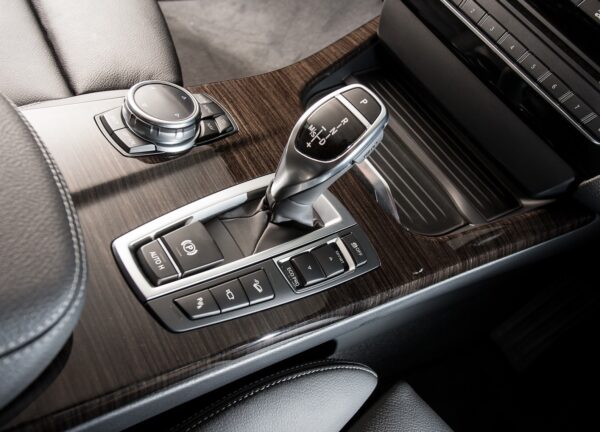 Rent a BMW X4 in Cape Town. The BMW X4 is the baby brother of the BMW X5, both being luxury SUV’s. The X4 possesses many of the same great features of the X5, which is the SUV that founded and revolutionised the SUV market.

For those wanting a mid sized SUV the X4 is a great vehicle, it has many of the features and functions of a BMW X5 build into a more compact vehicle. It has a nice plush interior, good infotainment and is a great drive. It’s logical, it’s ergonomic, and it’s well built. It certainly looks unique, with its shape and proportions being visually pleasing.

There’s more than enough space in the BMW X4’s front seats for you to stretch out – even if you’re very tall. The steering wheel adjusts for height and reach, and the standard-fit sports seats hold you in place securely without feeling too firm.

Sheer driving pleasure is what every BMW promises, and the X4 offers more agility than most high-riding wagons. It’s confident at speed on the motorway and through corners, and drivers will enjoy how communicative the whole setup is. Standard adaptive dampers also means that the X4 can be fun through corners and smooth through town, giving it a great breadth of ability.

The BMW X4 comes with a high resolution infotainment display on the dashboard with its menus being logically laid out and easy to read and navigate on the move.  It also has an all-wheel-drive system that will run in front-wheel-drive mode at a cruise to save fuel, but send power to the rear wheels under heavy acceleration or when slip is detected

There’s also a powered making loading and unloading a doddle.
For those wanting to rent a luxury SUV that do not need loads of room for adult passengers at the back, the BMW X4 is a good vehicle for you.

Rent a BMW X4 in Cape Town and drive with the best.

Back to the vehicle page